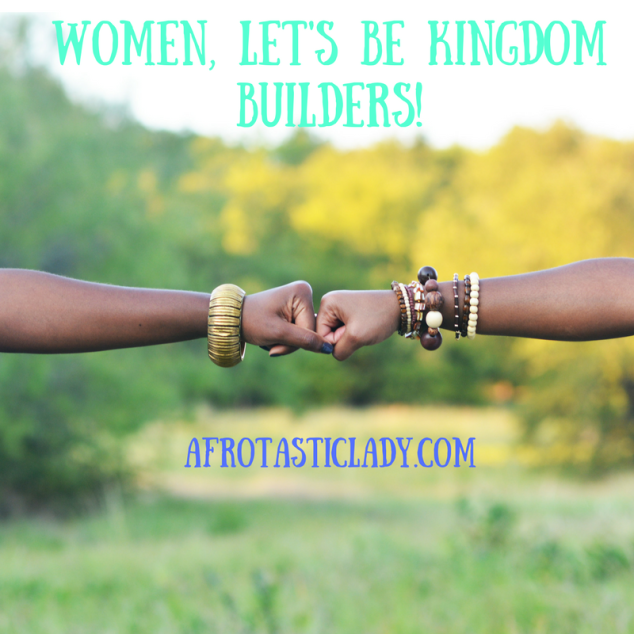 (Hey, friends! In June, the church that I was born and raised in, had a Women’s Day service. Annually they have this service, and there is always a specific theme. This year’s theme was “Determined Women: For Such a Time As This,” and the accompanying scripture was Esther 4:14-16. One of the women elders asked me if I could write a piece for the service. I have always appreciated the sweet remarks that folks in this church have given me regarding my writing. They see my writing as a gift, and they always encourage me to keep writing. Thus, I was honored when she asked me to share a piece. I would like to share what I read with y’all! I pray that my women readers are encouraged by my words, and that it leads to introspection. Blessings!)

When I was 18 years old, my dad and I packed up his small car with my belongings and left Worcester for Amherst, Massachusetts. I’d decided to attend Umass Amherst so I could live far from my parents’ supervision and still come home on the weekends. As someone who had been born and raised in church, I desired to escape God and all His rules. At Umass, I could study and party. I could dance with strangers at parties and get drunk. I could truly “live.”

Yet, living without God is not living. It’s surviving; it’s hustling. It’s seeing what you can achieve and where you can go on your own.

In October 2004, my second month at Umass, I went to a Gospel concert on campus. One of my friends was in the Umass Gospel Choir, so I had to support her through my attendance. During the concert, I sensed that God was speaking to me. I was being encouraged to choose Him. After the concert, I returned to my dorm room and called my parents. I told them that I wanted to be saved and they prayed with me. Through God, I changed my lifestyle. I allowed the Bible and worship music to consume me. Despite the challenges that I have encountered in my life, I have remained committed to God.

Women, I share my testimony because I would like you to think about the moment you gave your heart to Christ. Close your eyes if you need to, but please recall your surroundings. Were you at home or church when you became saved? How old were you? Were you the only person in your immediate family that became saved or were you surrounded by God-fearing family members? Were you crying and rocking back and forth? Or were you still when you gave Him your heart?

Women, it’s integral that we remember the moment that we were saved so that we can encourage ourselves. We need to remember the circumstances that God delivered us from. We must understand that God doesn’t save us solely for our own benefit. Indeed, salvation leads us to eternal life with our Lord and Savior. We are also saved to be influencers and advocates of Jesus Christ. We are saved so that other individuals in our environments can receive the gift of salvation.

Our theme scripture for this Women’s Day service states:

“For if you remain silent at this time, relief and deliverance for the Jews will arise from another place, but you and your father’s family will perish. And who knows but that you have come to your royal position for such a time as this? Then Esther sent this reply to Mordecai: ‘Go gather together all the Jews who are in Susa and fast for me. Do not eat or drink for three days, night or day. I and my attendants will fast as you do. When this is done, I will go to the king, even though it is against the law. And if I perish, I perish.” Esther 4:14-16

Esther, a young Jewish woman, was appointed Queen for a purpose. King Xerxes was unaware of her Jewish identity. Mordecai, her relative, refused to bow to Haman, a royal official. Upon Mordecai’s actions, Haman was enraged and plotted to destroy the Jews. Mordecai sent word to Esther of this plot and persuaded her to think about her position in the palace. He said, “For if you remain silent at this time, relief and deliverance for the Jews will arise from another place, but you and your father’s family will perish. And who knows but that you have come to your royal position for such a time as this?”

Esther’s God-given purpose was to rescue her people from destruction despite the consequences. She could risk her own life by approaching the king without an invitation to his court or she could remain idle in God’s purpose for her. Esther chose to advocate for the lives of her people. Through her faithfulness, her people were saved.

Women, which people around you need to be saved? Who needs an intercessor? And what will you sacrifice so those people can receive eternal life?

Women, no matter your age, your godly riskiness will yield a grand outcome. Your obedience to God will be honored by Him. And your obedience can cause others to reflect on their need for Jesus. By praying with someone or sharing your testimony, you are spreading God’s light.

“You are the light of the world. A town built on a hill cannot be hidden. Neither do people light a lamp and put it under a bowl. Instead they put it on its stand, and it gives light to everyone in house. In the same way, let your light shine before others, that they may see your good deeds and glorify your Father in Heaven.”

Women, you were placed in that school, job or apartment building to fulfill God’s purpose! You were created for this time so that the people surrounding you could rise from their depression, their anxiety, and their chaos.

One of the songs that I have been singing during my prayer time is “Withholding Nothing” by William McDowell. I am struck by the simple yet powerful lyrics:

“I surrender all to You

Everything I give to You

Women, I encourage you to examine your lives and what you are holding onto. If you are holding onto fame or other lusts of the flesh, I encourage you to surrender those things to God. I assure you that those things are worthless and that the lives of people around you possess more meaning. I pray that you follow Esther’s example and proclaim “If I perish, I perish.” If you lose your social status, please note that you are losing it for the causes of the Kingdom.

When I first started blogging, it was a solitary activity. I had family and friends who commented on the blog. I had a few subscribers. Yet, I desired to be in a writer/blogger community. I needed to be able to converse with other writers about life and faith. Upon a friend’s recommendation, I joined Instagram. Afterwards, I decided to sign up with Twitter. Then, I tweeted something like “Where are all the Christian bloggers? I’d love to connect with you.” My online community increased. I virtually met several gifted writers. And I admired these women for being honest in a world that often lacks connection.

Unfortunately, we all move around very quickly in our daily lives. Sometimes, we forget to even eat our lunches. We toggle around from app to app on our phones. We are tired, but we still keep trudging through our activities. Yet, the writers and the storytellers create a revelatory piece. They write something that makes us ponder our own situations

In honor of my second blogoversary, I decided to approach the day differently. It would not only be a celebration of my blog, but of all faith-filled blogs. I would congratulate the storytellers for the work that they have been doing online. I would be curious and ask them to answer deep questions. I would be humbled by their thoughtful answers.

These storytellers started their own blogs when they could no longer block God’s voice. Their writing was needed in the blogosphere, and God planned to use them to uplift society. I have been encouraged by the triumphs they have shared and their resilience throughout the pain. I have been refreshed by their kindness towards me. They have urged me to keep on writing, and they’ve highlighted my positivity.

Community. It’s so unusual that I found a writing/blogger online. Yet, I am blessed by the sisterhood. Hopefully, I can meet some of these powerhouses in real life someday.

Now, I’m going to share some nuggets that I garnered from my seven interviews with Christian writers/bloggers:

Interview #1 with Nicole: “I love that blogging is healing and therapeutic. It is an outlet for my deepest longings and feelings. I have went through some hard times and blogging has helped to heal me from deep pain while going through them.”

Interview #2 with Naomi: “Put God first in all that you do even with blogging. Being genuine goes a long way. Do not get caught up with quantity or the numbers but the quality of what you do.”

Interview #3 with Mia: “Writing is a gift and not everyone has the ability to string together words in a way that touches the hearts of others. This gift of ours is meant to be shared! We never know who will be blessed by our story, let’s be faithful to tell it.”

Interview #4 with Elsie: “I deeply believe that being vulnerable within a loving Christian community leads to healing and wholeness. I don’t believe in keeping shameful secrets – they only fester and poison our spirits.”

Interview #5 with Latoya: “Make friends with other bloggers. Don’t view them as competition because we can always learn from each other.”

Interview #6 with Emelda: “I believe one of the most important things we can contribute as both believers and writers is to show up with our authenticity and heart. Imagine you’re talking to a good friend as you write. This makes your work relatable, and our readers respond to us when we are unafraid to walk in our truth.”

Interview #7 with Simone: “There are a lot of blogs out there, but so many specialize in ridiculousness. We must MUST add our voices to help quiet the noise, and share hope.”

All of these gems point towards compassion. Christian writers and bloggers cannot keep their words hidden or their laptops closed. With all of the brutality in this world, we have to share our hearts. We have to yearn to comfort, pray, and write for the bruised ones. Sometimes, we are the bruised ones, and we are basically writing for ourselves.

And thank you so much to all of my readers and subscribers for hanging out with me. I appreciate you, beautiful ones! Your comments and your support motivate me to keep writing! 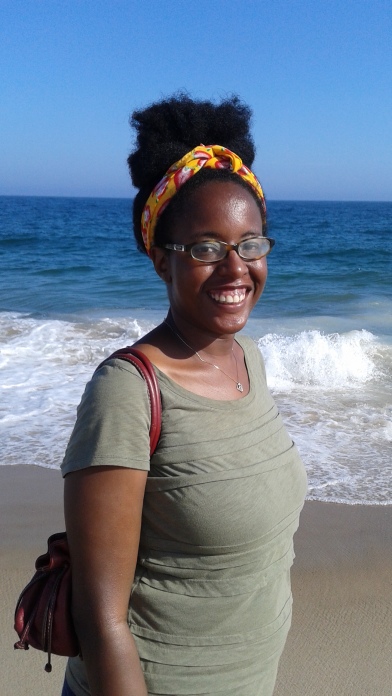 Leave your job to do what you're meant to do

One Grateful Me
Good Life Detroit