Hey, hey friends! I enjoy sharing my “6 grateful things list” with you each month! Thank you so much for watching and letting me know what you are grateful for. In this video, I highlighted worship music as one of my grateful things!  Please check out inspirational music by some of my favorite artists: Bethel Music, Travis Greene , and my friend/sister in Christ, Jessi Hughes!

Don’t forget to let me know what is on your gratitude list this month! 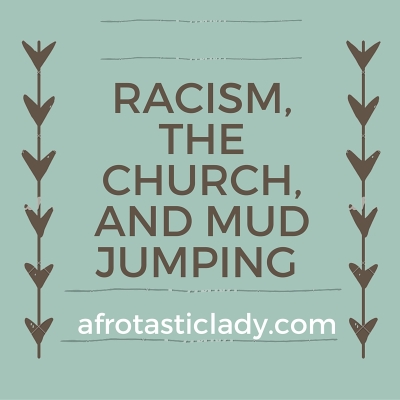 In my last blog post, I mentioned that I was affected by word offerings at my church’s Black History Month service. I will share one of the word offerings that I heard.

After the guest speaker finished his testimony, my pastor asked the other ministers if they had remarks. A minister, who happened to be White, spoke bravely to the audience. On behalf of his race, he apologized for the pain that “his people” caused Black people. He commented that “racism is America’s original sin.”

In my pew, I focused on his thoughtfulness. I hadn’t expected his apology. Instead, I thought he would make the usual remarks that most ministers made at the end of a service. Yet, he turned the service into a moment of reconciliation. He exposed racial wounds and initiated healing.

We have all had to apologize for an offense. An apology makes us ponder our own failings and admit them to another person. Hopefully after the apology, one is able to avoid making the same mistake again. When *Pastor Allen said that he was sorry, he acknowledged a history of slavery, racial epithets, and discriminatory practices.

He did not ignore that these incidents happened and still happen.

He took the microphone and allowed empathy to spill out on Black faces. In my social work program, I hear a lot about empathy. My professors explain how social workers should work vigorously to understand their clients’ lives. To me, empathy is about trading places with another person. Literally, you are shedding away your selfishness. You are crawling into someone’s skin and bones in order to feel their agony.

In America, we need more empathy. In the Church, empathy should invade us. Though, empathy can make us uncomfortable. When believers of color decide to express the impact of racism in their lives to White believers, will the dialogue get hard? If it does, I deem that it needed to land in that place.

We have to jump into the mud. Our shoes must rip apart. Our jeans should get filled with muck. Then, we are not side stepping around people’s experiences with race and racism.

In Relevant Magazine’s “Justice for Black Lives Must Begin With Us,” Propaganda, a Christian hip hop artist, echoed my yearning for empathy and dialogue. The interviewer noted that the Church has not always strived to chat about racism. He asked Propaganda how the Church should handle it.

He stated: “I think at the end of the day, what I would want to hear from a pulpit, and what I think would be very helpful, is first of all an acknowledgement of our feelings and of the situation. And guide people on how the Gospel applies to us moving forward” (source: http://www.relevantmagazine.com/current/nation/justice-black-lives-must-begin-us-part-2).

The Gospel is our response to racism. Apologies and forgiveness move us closer to love.

We love when we listen to each other’s stories. We offer each other Kleenex during the tears. We clasp each other’s hands and pray. We hug the mud as *Pastor Allen did.

“Happy to be nappy, I’m black and I’m proud

That I have been chosen to wear the conscious cloud

And I’m fine under cloud 9

I could be a chameleon and wear it bone straight

I used to think that I was most beautiful when my hair was straightened and so I relaxed my hair for many years. 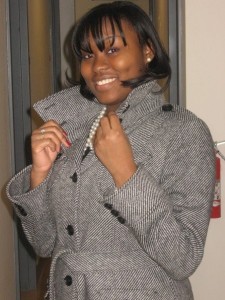 However, toward the end of 2009 I decided to transition to natural hair. I wish I could say that I had a profound reason for transitioning but really it was quite superficial. I had friends and members of my family who always had natural hair and were able to switch up between rocking their natural curls and doing blow outs to straighten it. These women had “perfect” springy, bouncy curls and I secretly hoped that my hair would look like theirs.

So I began my process of transitioning from using relaxers, to texturizers to no chemical products and trimming my ends periodically until I became a full-fledged natural in 2011.

I found that my hair texture was not like that of my family and friends. My hair was coarse, my curls were tight and coiled and frizz prone. I also noted that there were sections of my hair that had different curl patterns. “At least it would be easier to manage if they were uniform,” I thought.

I was disappointed and yes I had hair envy. “Why couldn’t my curls be as loose as theirs?” I would mumble to myself as I set my hair in twists.

I attempted to wear my natural hair out on several occasions to see how others would react to it. I found that I had mixed reviews. Some would complement it, others would make tongue-in-cheek statements like “Oh, I see you did something different with your hair…” or straight up inappropriate I should report your ignorant behind to HR statements like “Your hairstyle would be more appropriate while on vacation don’t you think?” (this was a quote from a senior level staff member from a former job).

I already felt unconfident with my OWN hair but hearing comments like that made me feel worse. So I regretfully, took the staff member up on his (yes his) advice and straightened my hair for work and special occasions and wore my hair natural while on vacations or on weekends. I continued to do this for a couple of years, even after having left that employer to pursue my graduate degree.

In the summer of 2013 shortly after getting married, I had some time to sit, reflect and address the self-hatred that had developed over the years. I asked God to help me to learn to love and embrace myself as He has created me. To love my hair as it was, to love my skin as it was-even though I was living in a world that was constantly saying otherwise.

I determined to step out in faith and confidence without apologizing for who I am or cowering in shame and disgrace to appease people who were not comfortable with me as I had done previously.

In August of that year, I began teaching at a multicultural private school with a predominantly white staff- I was one of two black teachers. I wore my hair natural most days but on one occasion, I think it was around Thanksgiving, I decided to get a blow-out.

When I arrived to school that Monday, I received countless compliments from the staff: “Oh, your hair looks nice like that!” I said “thank you” initially but as the day continued on I felt uncomfortable, saddened and even upset.

The most trying incident of the day occurred with one of my middle school classes. This particular class was significant because it was the only middle school level class where I had four black female students at one time, two of them had relaxed hair and two wore their hair in braided extensions. One of them said, “Oh your hair looks so pretty today. I like it like that.” I replied, “Are you implying that my hair is not pretty when it’s not like this?” All four snickered. I simply said in response “I love my hair either way” and proceeded with the lesson. I was saddened by the continued perpetuation of hatred of our beauty and glorification of something that isn’t naturally ours. I decided to be an example of self-love and acceptance; I figured that perhaps that is why God placed me there for that year.

The following week, I returned with my natural hair and did not straighten it for the duration of the school year. My silent stance spoke loudly. It communicated that I am professional. Being my authentic self is acceptable. I can be beautiful, accomplished, intelligent AND wear my hair natural. I am fine just as God created me to be.

That confidence became contagious as I became a role model of sorts to the girls who wore their hair natural. They asked me for product recommendations and styling tips and shared how wearing my hair natural was inspirational to them.

Toward the end of the year, to my surprise, one of the girls who snickered at me came into class with her hair natural. I made sure to tell her it looked beautiful. She smiled and beamed with pride. It confirmed that my decision to embrace my hair and my beauty was not in vain. 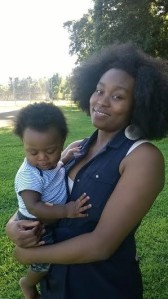 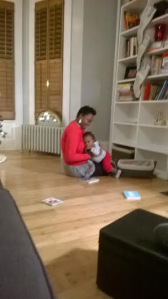 Bee G. Porter is a wife, mother and writer; but more than all of those, she is an unashamed (shout out to 116) redeemed child of God, saved by grace. She is imperfect in so many ways but strives to reflect Him daily. When she is not attending to her family or her writing- she enjoys reading, baking and singing karaoke. She frequents her blog 30NGROWING like a desert rain-check it out if you want. Bee is currently working on her first novel which she hopes to release next year. If you’d like to contact her for writing inquiries, please e-mail 30ngrowing@gmail.com.

One Grateful Me
Good Life Detroit

Unraveling the Mind
Simply Me Dri

A Christian Mama: Figuring Out Life, or Not, One Day At A Time

Strength N Weakness
The Ramblings of a Young Bostonian